Russia is an important player on the world stage: a look at the facts

Russia has been and is an enigma; it may not be an economic super power but it remains a superpower in many ways. Some interesting facts: Russia was part of the Allied Powers during the Second World War, playing  a crucial role contributing to victory. In the years after, the West apparently failed to pay attention as Russia then expanded its influence in Eastern and Central Europe and built a formidable empire called the USSR. The Soviet Union, sharing a common ideology with China, then sought to expand its influence in the world.  The world then became divided between the East and the West. At times there could have been a third world war, such as during the Cuban missile crisis. Instead we got the Cold War. There were proxy wars all over the world as each of the two sides tried to expand its influence. Then a fact came to light recognized by Michael Gorbachev. The socialist ideology was not working very well dragging the economy of the countries in the Soviet bloc down; on the other hand, those following the western economic ideology fared much better (see Fukuyama, The End of History). Gorbachev and Reagan buried the cold war in the Mediterranean Sea. Relationship improved between the US and Russia and the west and the east. Then came bones of contention with Russia, and the West both the US and EU imposed sanctions on Russia. Crimea was definitely a case in point and relationship between Russia and Ukraine soured. Russia apparently interfered in the election in Ukraine to ensure that whoever gets elected President would be pro-Russia. Nonetheless, there is a significant cooperation between the US and Russia including for the space program, namely, the international space station and the launch of US satellites out of Russia. A growing number of US companies are doing business in Russia. There is a debate about Russia’s possible interference in US elections. This is an ongoing debate with no conclusion yet. By the way, when situation improved between the west and the east, Russia was added to the G7 that became the G8. Later as conflicts unfolded, Russia was taken out of the G8 which went back to the G7. The diplomatic game is one of American black jack and Russian roulette; Russia is good at chess games while the US is strong at poker. Worthy of attention: Syria and Iran.

Russia was the United States 18th largest supplier of goods imports in 2013.

U.S. imports of agricultural products from Russia totaled $40 million in 2013.

Reported U.S. FDI in Russia is led by the manufacturing, banking, and mining sectors.

The distribution of Russia FDI in the United States is not available.

*NOTE: No services trade data with Russia is available.

Ongoing cooperation between the US and Russia:

There is an extensive cooperation going on despite ’bickering’ and sanctions:

Russia remains concerned about the smuggling of poppy derivatives from Afghanistan through Central Asian countries; China and Russia have demarcated the once disputed islands at the Amur and Ussuri confluence and in the Argun River in accordance with the 2004 Agreement, ending their centuries-long border disputes; the sovereignty dispute over the islands of Etorofu, Kunashiri, Shikotan, and the Habomai group, known in Japan as the “Northern Territories” and in Russia as the “Southern Kurils,” occupied by the Soviet Union in 1945, now administered by Russia, and claimed by Japan, remains the primary sticking point to signing a peace treaty formally ending World War II hostilities; Russia’s military support and subsequent recognition of Abkhazia and South Ossetia independence in 2008 continue to sour relations with Georgia; Azerbaijan, Kazakhstan, and Russia ratified Caspian seabed delimitation treaties based on equidistance, while Iran continues to insist on a one-fifth slice of the sea; Norway and Russia signed a comprehensive maritime boundary agreement in 2010; various groups in Finland advocate restoration of Karelia (Kareliya) and other areas ceded to the Soviet Union following World War II but the Finnish Government asserts no territorial demands; Russia and Estonia signed a technical border agreement in May 2005, but Russia recalled its signature in June 2005 after the Estonian parliament added to its domestic ratification act a historical preamble referencing the Soviet occupation and Estonia’s pre-war borders under the 1920 Treaty of Tartu; Russia contends that the preamble allows Estonia to make territorial claims on Russia in the future, while Estonian officials deny that the preamble has any legal impact on the treaty text; Russia demands better treatment of the Russian-speaking population in Estonia and Latvia; Russia remains involved in the conflict in eastern Ukraine while also occupying Ukraine’s territory of Crimea
Lithuania and Russia committed to demarcating their boundary in 2006 in accordance with the land and maritime treaty ratified by Russia in May 2003 and by Lithuania in 1999; Lithuania operates a simplified transit regime for Russian nationals traveling from the Kaliningrad coastal exclave into Russia, while still conforming, as an EU member state with an EU external border, where strict Schengen border rules apply; preparations for the demarcation delimitation of land boundary with Ukraine have commenced; the dispute over the boundary between Russia and Ukraine through the Kerch Strait and Sea of Azov is suspended due to the occupation of Crimea by Russia; Kazakhstan and Russia boundary delimitation was ratified on November 2005 and field demarcation should commence in 2007; Russian Duma has not yet ratified 1990 Bering Sea Maritime Boundary Agreement with the US; Denmark (Greenland) and Norway have made submissions to the Commission on the Limits of the Continental Shelf (CLCS) and Russia is collecting additional data to augment its 2001 CLCS submission

stateless persons: 82,148 (2017); note – Russia’s stateless population consists of Roma, Meskhetian Turks, and ex-Soviet citizens from the former republics; between 2003 and 2010 more than 600,000 stateless people were naturalized; most Meskhetian Turks, followers of Islam with origins in Georgia, fled or were evacuated from Uzbekistan after a 1989 pogrom and have lived in Russia for more than the required five-year residency period; they continue to be denied registration for citizenship and basic rights by local Krasnodar Krai authorities on the grounds that they are temporary illegal migrants

current situation: Russia is a source, transit, and destination country for men, women, and children who are subjected to forced labor and sex trafficking; with millions of foreign workers, forced labor is Russia’s predominant human trafficking problem and sometimes involves organized crime syndicates; workers from Russia, other European countries, Central Asia, and East and Southeast Asia, including North Korea and Vietnam, are subjected to forced labor in the construction, manufacturing, agricultural, textile, grocery store, maritime, and domestic service industries, as well as in forced begging, waste sorting, and street sweeping; women and children from Europe, Southeast Asia, Africa, and Central Asia are subject to sex trafficking in Russia; Russian women and children are victims of sex trafficking domestically and in Northeast Asia, Europe, Central Asia, Africa, the US, and the Middle East

tier rating: Tier 3 – Russia does not fully comply with the minimum standards for the elimination of trafficking and is not making a significant effort to do so; prosecutions of trafficking offenders remained low in comparison to the scope of Russia’s trafficking problem; the government did not develop or employ a formal system for identifying trafficking victims or referring them to protective services, although authorities reportedly assisted a limited number of victims on an ad hoc basis; foreign victims, the largest group in Russia, were not entitled to state-provided rehabilitative services and were routinely detained and deported; the government has not reported investigating reports of slave-like conditions among North Korean workers in Russia; authorities have made no effort to reduce the demand for forced labor or to develop public awareness of forced labor or sex trafficking (2015)

limited cultivation of illicit cannabis and opium poppy and producer of methamphetamine, mostly for domestic consumption; government has active illicit crop eradication program; used as transshipment point for Asian opiates, cannabis, and Latin American cocaine bound for growing domestic markets, to a lesser extent Western and Central Europe, and occasionally to the US; major source of heroin precursor chemicals; corruption and organized crime are key concerns; major consumer of opiates

It is important to note that relationship between two countries entails cooperation, competition and conflict all at the same time on an ongoing basis.

Global growth continued its 2017 momentum and is currently expected to peak at 3.1% in 2018. Recoveries in investment, manufacturing, and trade continue as commodity-exporting developing economies benefit from firming commodity prices.

Supported by deepening macro-economic stability and gradual monetary loosening, Russia’s economy continued its recovery in 2017, mainly driven by non-tradable sectors. Growth momentum towards the end of 2017 slowed down, but picked up in the first quarter of 2018.

Russia’s balance of payments remained stable. An increase in the trade surplus due to higher energy prices was the key factor behind the strengthening of the current account. Monetary policy remained consistent with the inflation-targeting regime, and is moving from moderately tight to neutral. Annual inflation now stands at a record low-level, below the Central Bank’s target of 4%. The poverty rate is expected to decrease slightly due to low inflation and recoveries in private income and consumption, but remains above the pre-crisis level.

Russia’s growth prospects remain modest, with growth forecast to be between 1.5% and 1.8% in the 2018-20 period. However, in the short-term, these forecasts may change due to changing oil prices. Relatively high oil prices, continued momentum in the global economic growth and macro stabilization would support growth. Yet, the growth forecast for Russia for 2018 has been slightly decreased to 1.5%.

A strategic focus on digital transformation has enabled Russia to build a national digital infrastructure. However, to gain significant socio-economic benefits from these changes, Russia will need to implement policies that accelerate the digital transformation of the economy’s traditional enterprise sector, and promote R&D, innovation and entrepreneurship.

Helping with the transformation of the world (personal recollection)

Allow me to share my personal experience with anecdotes. As Director of Training at UNITAR, I co-directed the UN-WB/IMF training programs for UN delegates dealing with economic and social questions. I invited delegates from the Soviet Union and China as well as from several countries that were on the socialist side e.g. Cuba. I thought that it would be a good opportunity for those delegates to learn more about the IMF and WB and the capitalist ideology in the works as such. At one fo the dinners with the delegates and senior officials  from the IMF and the WB I sticked my neck out and stated that the Soviet Union should be invited to join both the IMF and the WB, Some thoughts that I had gone too far. But my wish became a reality in a short while. I arranged for leaders from the Soviet Union and Japan to meet and discuss possibilities regarding the Kuril Islands. The Baltic States came and sought my help regarding UN membership and here again I briefed them out unofficially. When Romania wanted help to transform its economy, I arranged for leaders of Romania to meet with professors from universities in Georgia and an extensive educational program was arranged and implemented. When Mongolia was interested in parliamentary democracy, I arranged for leaders therefrom  to meet with professors also from Georgia universities and a training program was set up and implemented. (Note: there was a close cooperation between UNITAR (where I worked) and universities in Georgia). I arranged for workshops on the ways and means to go through from observer status to full membership both for North Korea and South Korea. I arranged for leaders from these two countries to meet and find common ground for cooperation, with limited breakthrough such as family visits.

A deficit is a situation where the value of imports is higher than that of exports. At times, when the situation continues […] 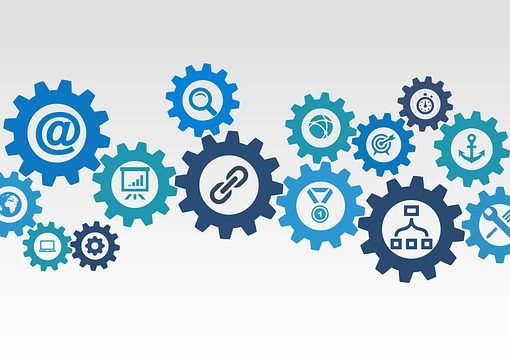 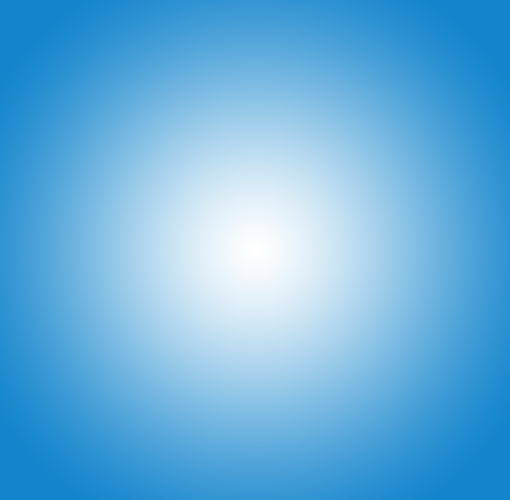 The devastating impact climate change is having on our planet (msn.com)